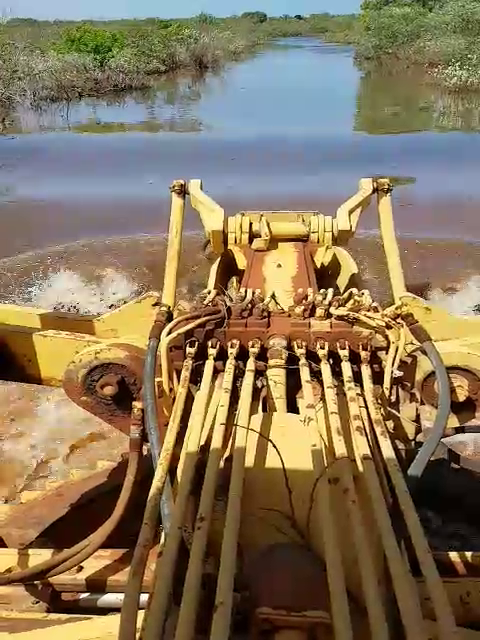 YourClaim was referred to a wilderness retreat in Northern WA by their broker following a massive storm that hit the area in late 2016.  The area experienced rainfall of around 250mm over a 24 hour period inundating all roads leading to the resort.

We were asked to assist the business with preparing their Business Interruption claim.

They did not register a claim for property damage due to the relatively high excess applicable for storm as well as their ability to potentially repair this damage themselves, using another associated entity who was a registered builder.

In addition, the property that was damaged was insured under a separate policy and in a separate entity’s name.

Prior to YourClaim’s involvement, the Insured registered a claim under their Business Interruption Policy for “Prevention of Access by a Public Authority” on the basis that WA Roads closed off access to the area.

We quickly established that there was a significant issue with the Insured being able to recover their entire business interruption under the Prevention of Access clause.

If the Insured was to pursue a claim under Prevention of Access, they would only be entitled to the losses that were suffered “during the period that access was prevented to the property”.

The road was inaccessible for a period of approximately 2 weeks and thereafter, the Insured had no ongoing claim for losses under this section of the policy. In addition, Insurers were also contesting whether the road that was closed was in fact a “road” as defined instead of a “driveway”.

We also set out how the business interruption policy would respond to the losses suffered based on the damage to the property insured under another insurance policy.

The assessment of the damage and repairs to the property could ultimately not commence until access to the property was obtained – no different to say the fire department who cordons off a building following a fire until it is safe to enter a property to assess the damage.

Under insurance on Payroll avoided

The Insured’s business interruption claim extended for a period of some 5 months whilst repairs were undertaken to the property.

At the outset of the claim, we quickly established that there was a discrepancy between the Sum Insured for Payroll and how the underinsurance clause included in the policy would respond to that Sum Insured.

The estimated business interruption loss for the 5 months was in excess of $500,000 and there was an argument proposed by the Insurer that underinsurance in respect of payroll could be as high as 50% based on the applicable business pack policy wording.

This was on the basis that, according to the policy, the Insured should have declared their full 12 months Payroll as their Sum Insured to avoid being penalised for under insurance.

If the annual sum insured for payroll is less than 80% of the payroll paid during the year immediately prior to the date of the damage, then we will only pay a proportion of the payroll costs incurred during the indemnity period.

Upon review, our office presented a submission to the Insurer demonstrating that the “Basis of Settlement” for Payroll in the policy wording clearly contradicted the corresponding Underinsurance clause for Payroll.

However, we will not pay more than the sum insured shown in the Policy Schedule representing the percentage of payroll costs insured by you to apply during the indemnity period.

We showed that following Insurers logic applying under insurance, there was no means by which the same Sum Insured could be used to calculate both the Loss of Payroll and then consider the Adequacy of that Payroll cover.

We acknowledged that underinsurance still needed to be measured and we therefore proposed that both the Payroll and Gross Profit covers be combined, which when doing, resulted in no underinsurance being applicable, as was clearly the intention of the insured.

Insurers agreed to assess the claim on the basis proposed by our office and the claim for business interruption was settled in full without any penalty for underinsurance.

We have also since been in touch with the Insurer concerned around restructuring that applicable wording and we understand that this is now being considered.

Business Interruption: “Finding a Needle in the Haystack”